"This is the first time that Pfizer has attended the high-level fair. I'm very impressed with the scale, quality, and results of the fair," said Yang Ying, Pfizer Vice-President, Worldwide Business Development Asia Lead, during an interview at the 21st China International Fair for Investment and Trade (CIFIT) in Xiamen, Fujian province. 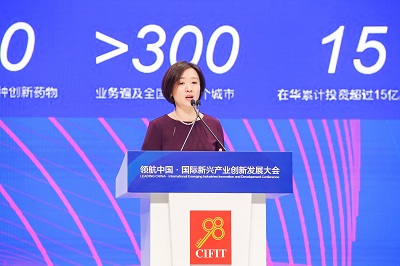 "The 21st CIFIT offers a platform for us to display Pfizer's innovation achievements, as well as a platform to communicate with governments and industry peers," said Yang.

"China's innovation medicine ecosystem has improved. I think within five years, China will become the second largest R&D base for innovative drugs in the world, surpassing Europe," said Yang.

At the same time, Pfizer can bring innovative drugs from China to the world and benefit patients all over the world, said Yang.

Founded in 1849 and headquartered in New York, Pfizer is a science-based, innovative, and patient-focused bio-pharmaceutical company.

Since entering the Chinese market in 1989, Pfizer has become one of the leading foreign pharmaceutical companies in the country. So far, Pfizer has invested over $1.5 billion in China, with a presence in over 300 cities nationwide and a total staff of almost 7,000, covering business, R&D, and manufacturing in China. 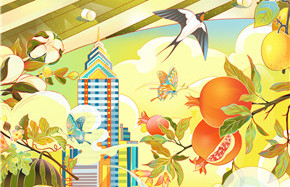 Copyright 1995 - . All rights reserved. The content (including but not limited to text, photo, multimedia information, etc) published in this site belongs to China Daily Information Co (CDIC). Without written authorization from CDIC, such content shall not be republished or used in any form. Note: Browsers with 1024*768 or higher resolution are suggested for this site.
License for publishing multimedia online 0108263